Leonard V. Smith is Frederick B. Artz Professor of History at Oberlin College. He is the author of Between Mutiny and Obedience: The Case of the French Fifth Infantry Division during World War I, coauthor of France and the Great War, 1914?1918, and coeditor of France at War: Vichy and the Historians. 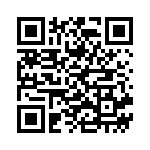