Page 265 - Project: from the Arthur and Elizabeth Schlesinger Library on the History of Women in America, Radcliffe College.
Appears in 546 books from 1745-2008 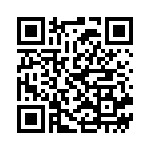