Page 522
... for whom a maintenance was not then sufficiently provided : And whereas ,
pursuant to the said letters patent of incorporation , the said governors did agree
upon , prepare , and propose to her said late Majesty certain rules and
constitutions ...
Page 655
... Kings of England , two falcons on the days of their coronations instead of all
other services , customs , and demands , as freely , fully , and entirely as Sir
William Le Scrope , deceased , in the said letters patent named , or any other lord
of the ...
Page 656
... for the term of forty years from the making the said letters patent , under the
said annual rent of one hundred and one pounds fifteen shillings and eleven -
pence , and the several other payments issuing out of the premises therein
particularly ... 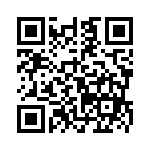