CATHLEEN CULOTTA ANDONIAN is Lecturer in French and a Cross-Cultural Trainer. She is the author of Samuel Beckett: A Reference Guide (1989), and her articles have appeared in several journals. 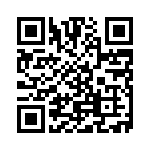