\Robert D. Burrowes (Ph.D., Princeton University) is Adjunct Professor of Political Science at the Henry M. Jackson School of International Studies, the University of Washington. He taught for many years at New York University, the American University of Beirut, and Hunter College (CUNY). He lived and worked North Yemen from the mid-1970s through the early 1980s, and is the author of The Yemen Arab Republic: The Politics of Development, 1962-1986 (Westview Press, 1987), as well as numerous articles on the politics of North Yemen, South Yemen, and the newly-unified Republic of Yemen. 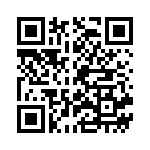