Charles Ludlam: Artistic director, playwright, director, designer and star of New York's acclaimed Ridiculous Theatrical Company. During his twenty years with the Ridiculous, he won Obie and Drama Desk awards as well as playwriting fellowships from the Guggenheim, Rockefeller and Ford foundations and the National Endowment for the Arts. His more than thirty plays are among the most thought-provoking entertainments in the modern repertoire and continue to be widely performed throughout the world. 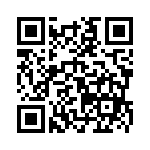