Based on two real-life characters this is a mixture of historical fiction, myth and fable. Charles O'Brien, a gentle Irish giant, travelled to London along with his entourage in 1782 to be exhibited ... Read full review

I have to think of this novel as Mantel's warmup exercise for the Cromwell trilogy: stretching, playing, noodling around with the colors and flavors and music of a long bygone age, creating interiors ... Read full review 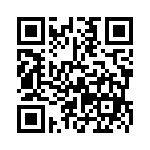