A great scholarly source of information for students studying sociology or anyone searching for sociology related information especially on social movements.
Nassar Salley

David A. Snow is Professor of Sociology at the University of California, Irvine. He is widely published in social movements, and author of, among other books, the award-winning Down on Their Luck: A Study of Homeless Street People (with Leon Anderson, 1993). He is a former President of both the Society for the Study of Symbolic Interaction and the Pacific Sociological Association, and has been a Fellow at the Center for Advanced Study in the Behavioral Sciences.

Hanspeter Kriesi is Professor of Political Science at the University of Zurich, Switzerland. He is an internationally renowned scholar and has published numerous journal articles on social movements. He is the author of Political Mobilization and Social Change (1993). 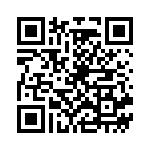