very difficult to describe this book, it is beautiful and strange, but in a self concious way... the problem with having a central character so isolated is that she doesn't care and so you end up not really caring about her. Enjoyable to read but not 100% satisfying Read full review

Quite bad. It's unfortunate, I bought the book after seeing Burnside won the TS Eliot Prize, so he can obviously write poetry. But on the evidence of this, it doesn't seem he can write novels. The ... Read full review

JOHN BURNSIDE has published five works of fiction and eleven collections of poetry, including The Asylum Dance, which won the 2000 Whitbread Poetry Award. His Selected Poems was published in 2006, alongside his memoir, A Lie About My Father, which was the Saltire Scottish Book of the Year and the Scottish Arts Council Non-Fiction Book of the Year. The second volume of his memoir, Waking Up In Toytown, has just been published. 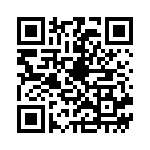