Julia O'Faolain was born in London in 1932. Her novel No Country for Young Men was shortlisted for the Booker Prize. She was brought up in Cork and Dublin, educated in Paris and Rome and married an American historian in Florence. She lived for many years in the US, and now lives in London. A major collection of her short stories will be published by Faber and Faber. 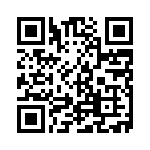