Ann D. Gordon is a research professor in the department of history at Rutgers University. She is the editor of this six-volume series. 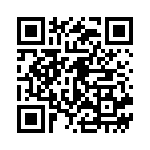