Page 139
The first farm , called Great Constantia , produces the red wine of that name ; and
at Lesser Constantia , in its vicinity , the white is made , The farm , which alone
produces this richly flavoured wine , belong , to a Dutchman , Mynheer Pluter ...
Page 194
Thus Abraham is said to have pursued the kings that carried away Lot as far as
Dan ; whereas that country , in the time of Moses , was called Laish ; the posterity
of Dan having never possessed it , till a long period after the death of Moses .
Page 378
Crisp describes the face of the country , and its vegetable and animal productions
: • The mountains ( says he ) are covered with trees to their summits , among
which are found species of excellent timber ; the tree , called by the Malays ... 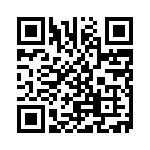