Page xiv
This supreme and universal dominion, gradually and finally to prevail, appears to
be the grand object of all sacred prophecy: and revolutions of worldly power
among the Gentiles, seem to be noticed only at those times, when they impede or
...
Page 3
The external is, that which is derived from Credible Witnesses, from the early
writers and fathers of the church. The internal is, that which results from a Perusal
of the book. seems to have approached it with prejudice; a prejudice occasioned.
Page 10
... in Vitringa, in Apoc. I. 2. and L'Enfant and Beausobre's Preface to the Apoc.;
also, Lardner's Supplement to the Cred. Gosp. Hist. ch. xxii. where passages from
these books are quoted. # Acts iv. 13. also are such as seem not to have been ...
Page 21
Michaelis seems to pass this sentence upon all of them but one, which refers
sweaffn to to ovoka, and which, to me, appears as forced and improbable as any
of the rest. What was seen Ł answer, the name was seen 1 If Irenaeus had
intended ...
Page 28
The candid and judicious Lardner, after an examination of this evidence, says, “
His (Irenaeus's) testimony for this “book is so strong and full, that, considering the
“age of Irenaeus, he seems to put it beyond all “ question, that it is the work of ...
Next » 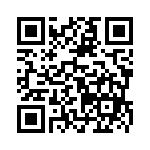