Shaped by their ambition, he will discover his own.
In the year 10,000 mankind has forged a galactic empire spanning more than a hundred worlds; all bound together through a mysterious substance known as the spice, which is found on only one world, Arrakis. The spice grants a variety of powers, including, for a select few, the ability to fold space. On Caladaan, House Atreides prepares to take control of Arrakis, all the while secret forces gather, waiting for their opportunity. Some have waited years, others, generations, but on Arrakis, all will come together, their plans hinging on the Atreides heir, and his hidden potential.
While epic in scope, the story grounds itself in the immediacy of its characters. Told in a third omniscient point of view, the story cuts from one perspective to the next within each scene, allowing audiences to share in the inner thoughts of every major character. A large cast is introduced gradually, bringing characters together in ever shifting groups of two or three, relying on their complex relationships to reveal different aspects of each character, as their goals come together to shape the plot of the chapter.
The diverse perspectives allow audiences to explore various questions on the nature and relativity of morality, humanity, and the social pressures communities often apply to their members, pressuring individuals to conform to the wishes of the whole.
At the same time these diverse perspectives, combined with an emphasis on scene driven goals, bring the novel closer to an anthology, as each chapter switches to a new perspective, each one recasting characters as heroes and villains. The ambiguity of it all raises some very interesting questions, but robs the audience of a clear catharsis, as even the protagonist comes to regard his actions with regret. A powerful story that challenges the audience to reconsider many of the simple truths they cling to.
+Strong Characters
+Strong Ideas
+Strong Setting
*Complex but familiar plot
*Challenging Writing
4.5/5

The very pinnacle of science-fiction, besting all other competitors. Though some may claim the lack of continual action and the introspective style detract from the book's quality, these features only serve to make it distinct amongst other novels. The ecological focus of the hard science in the book makes it unique and enjoyable, while the unusual political structure make it a good study for those interested by politics. The cast is diverse and far more insight is given with their characters than those of other books. Through their thoughts the innuendos made by them are suddenly made accessible and ready for analyzation. The true quality of this book, however, lies not solely in the fantastical technologies nor the characters, but also in the wondrous quality of being able to read it many times over and find new, subtle information each time. 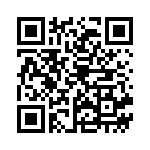