Ian Tyrrell is Emeritus Professor of History at the University of New South Wales. He is the author of Reforming the World, Transnational Nation, and Historians in Public.SextonJay:

Jay Sexton is Associate Professor of American History at Corpus Christi College, University of Oxford. He is the author of The Monroe Doctrine and Debtor Diplomacy and coeditor of The Global Lincoln. 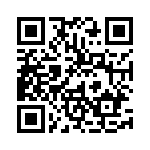