Laura K. Donohue is a Fellow at the Constitutional Law Center at Stanford Law School and at the Freeman Spogli Institute's Center for International Security and Cooperation at Stanford University. She has written numerous articles on terrorism and counterterrorism in liberal, democratic states and is the author of Counter-Terrorist Law and Emergency Powers in the United Kingdom 1922–2000 (2001). 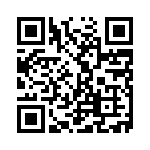