Page 4
In the first year , while it is still fresh , the skin and the cloth being both new , it is
laid up in a box ; when , however , the fur begins to be worn off , and the thread of
the seams broken , the skin is circumcised . — Thus the mantle is made a Jew ...
Page 5
It is neither canonic nor wise to marry two cloths to one fur , and so we judge it .
Do the decretals permit this ? No : on the contrary , every canon declares , that it
is no marriage . — The cloth having been first circumcised , then widowed and ...
Page 56
49 ; and Staunton , in his Visions of Purgatory , describes vain prelates , who had
worn such clothing , tormented with serpents , snakes , and other reptiles , to
which the “ jagges and dagges ” of their vainglorious clothing had been
transformed ... 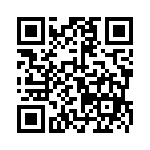