Page 52
Hold , " wrathful Cranden starting cried , - Vile recreant ! who and what art thou ? "
The harper nose , threw back his hood• Earl Arthur , ask me now . ' ' His hood
curled down , and as it fell , In shade deceiving lost the eye , He rose a knight all
...
Page 96
And why should be made , as you say , the penalty of the good , why should it "
And thou wouldst punish no evil doer with death ? ' in . the propriety of Capital
Punishment , as the vague phrase it be thought the only doom for the blackest
guilt ...
Page 183
fashion ; libelled the angel who had shown Joe the box , and thou wilt endeavor
to fly from me , and wilt sometimes Having prayed inwardly for some minutes ,
Joe took off his observed that the angel was sharp enough , however , for he
think ... 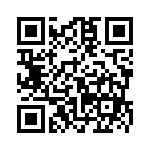