Not the easiest of reads but very rewarding for those who make it through. Must however have a thorough knowledge of the Bible and have read a good deal of other literature as well. I had a lot of deep insights reading sections of this book. Helpful for Christians too. Read full review

Words with power: being a second study of "the Bible and literature"

In his introduction to The Great Code ( LJ 6/1/82), Frye promised a sequel to his work on "the Bible and literature.'' Here is the promised volume, though it is not an entirely new book. In Part 1 ... Read full review

Herman Northrop Frye was born in 1912 in Quebec, Canada. His mother educated him at home until the fourth grade. After graduating from the University of Toronto, he studied theology at Emmanuel College for several years and actually worked as a pastor before deciding he preferred the academic life. He eventually obtained his master's degree from Oxford, and taught English at the University of Toronto for more than four decades. Frye's first two books, Fearful Symmetry (1947) and Anatomy of Criticism (1957) set forth the influential literary principles upon which he continued to elaborate in his numerous later works. These include Fables of Identity: Studies in Poetic Mythology, The Well-Tempered Critic, and The Great Code: The Bible and Literature. Frye died in 1991. 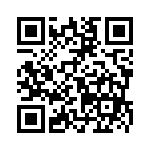