The bible on presentism, a must read for all serious English Lit scholars. Read full review

Terence Hawkes is Emeritus Professor of English at Cardiff University. He is the author of a number of books on literary theory and on Shakespeare, including Structuralism and Semiotics (1977), That Shakespearian Rag (1986) and Meaning by Shakespeare (1992). He is also General Editor of the Accents on Shakespeare series published by Routledge. 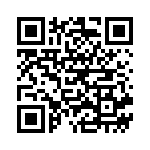