Page xi
poet , in the Confessio Amantis , makes Venus say of Chaucer :“ And grete well
Chaucer , when ye mete . As my disciple and my poete ; For in the floures of his
youthe , In sondry wyse , as he wel couthe , Of dytees and of songes glade , The
...
Page xvi
The idea of thus joining together a number of stories by means of a connecting
narrative , or frame , appears to have originated in the East ; but long before the
time of Chaucer it had been made popular in Europe by the Disciplina Clericalis
of ...
Page xxx
bably not regret , that he did not do more towards correcting the text of Chaucer . “
In this state the Canterbury Tales remained * till the edition undertaken by Mr .
Urry , which was published , some years after his death , in 1721 . I shall say but ... 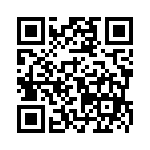