Page 371
Upon the other hand , one might assume that a swan , as prince of the estuary , is entitled to some publicity in his passing , yet he seldom lies in state , nor is his death often announced . Indeed , apart from the proverbial farewell ...
Page 517
... passage of his ' Papers , ' tells how , when walking in the Park at Brussels with the Duke of Wellington a few weeks before Waterloo , he asked the great man what might be the chances for England in the campaign which was at hand .
Page 535
The Dominion network , operated mainly during evening hours , is composed of 30 basic and 13 supplementary stations , and all the basic stations on it are in private hands except CJBC Toronto , which the C.B.C. operates as the key ...

40 other sections not shown 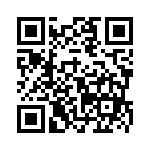