Johanna Mary (Hanna) Sheehy (1877-1946) was the daughter of a well-to-do Irish family who were prominent in Catholic, nationalist, and intellectual circles in late 19th-century Dublin. She became an ... Read full review

Leah Levenson was an independent scholar. She is the author of With Wooden Sword: A Portrait of Francis Sheehy-Skeffington, Militant Pacifist and The Four Seasons of Mary Lavin. Jerry H. Natterstad is the author of Francis Stuart and T. S. Eliot: A Study of Religion in His Early Poetry. 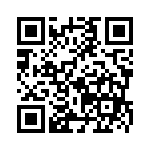