In this continuation of “Blackout”, it picks up exactly where the first book leaves off. ******POSSIBLE SPOILERS for “Blackout”****** Eileen, Polly and Mike have found each other in London in 1941 ... Read full review

Connie Willis, who was recently inducted into the Science Fiction Hall of Fame, has received six Nebula awards and ten Hugo awards for her fiction; her novel Passage was nominated for both. Her other works include Blackout, Doomsday Book, Lincoln’s Dreams, Bellwether, Impossible Things, Remake, Uncharted Territory, To Say Nothing of the Dog, Fire Watch, and Miracle and Other Christmas Stories. Connie Willis lives in Colorado with her family.


From the Hardcover edition. 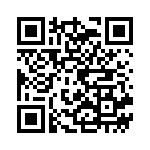