Page 231
ON GIANTS , OGRES , AND CYCLOPS . T would be difficult to find an early
national history without a giant in it . Any thing great in its effects , and supposed
not to be very tender - hearted , was a giant . A violent set of neighbors were
giants .
Page 232
Mr. Hole , " that a giant , in Arabic or Persian fables , is commonly a negro or
infidel Indian , as he is in our old ... Were the negroes authors , ” he pleasantly
adds , " they would probably characterize their giants by whiskers and turbans ;
or by ...
Page 246
The giant , hearing him pour forth such evil , Ran in to arm him , like a very devil .
... The giant becomes a faithful servant , both of the knight and the church , and
after many enormous achievements , dies of the bite of a crab ; - an edifying
moral ... 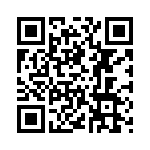