Delightful, funny book about a young boy who thwarts all the demons of Hell. He is the first to notice the invaders when they try to enter our world through a dimensional portal opened by a supercollider. He makes friends with Nurd, who plays an important part in the victory. Read full review

This book was absolutely hilarious. The story was fairly predictable, but the tone of it was so different than I expected, it was great. Connolly does a fantastic job of taking the very scary scene of ... Read full review

John Connolly is the author of Every Dead Thing, Dark Hollow, The Killing Kind, The White Road, Bad Men, Nocturnes, and The Black Angel. He is a regular contributor to The Irish Times and lives in Dublin, Ireland. For more information, see his website at www.johnconnolly.co.uk. 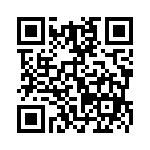