Page 5
The provisions of sections two , seven , nine , ten , thirteen , eighteen , twenty , twenty - five , twenty - six , thirty , thirty - one , thirty - eight [ and ] , thirtynine , Cof this act shall take effect July first , nineteen ...
Page 195
This act shall take effect on the first day of July next succeeding the date on which it shall have become a law . LAWS OF NEW YORK , 1978 CHAPTER 782 Became a law December 7 , 1978 , with the approval of the Governor .
Page
relevant Sections of the Rules in effect at the time of his admission to practice in the other jurisdiction; and WHEREAS, the general saving clause set forth in subdivision (b) of section 520.1 of the Rules was never intended by this ... 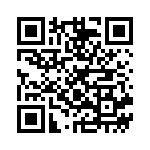