Henry Home Kames’s Elements of Criticism was a very unreadable document for today’s readers. This later abridgement, edited by John Frost, made an enormous difference. Kames’ critical elements, at a time when scientific objectification was popular, centers the attention to power of “emotions and passions.” Passion produces action and passions can evoke emotions that also produce action. In this Kames finds the understanding and manipulation of that which effect emotions and passions as critical to reading and understanding speech and literature.
Kames, Henry Home. Elements of Criticism, Abridged. Edited by John Frost. Philadelphia: Hogan, 1831. http://books.google.com/books?id=JoMCAAAAYAAJ.

Page 185 - The moon shines bright : — In such a night as this, When the sweet wind did gently kiss the trees, And they did make no noise ; in such a night, Troilus, methinks, mounted the Trojan walls, And sigh'd his soul toward the Grecian tents, Where Cressid lay that night.
Appears in 905 books from 1785-2008
Page 54 - Why, man, he doth bestride the narrow world, Like a Colossus ; and we petty men Walk under his huge legs, and peep about To find ourselves dishonourable graves.
Appears in 842 books from 1795-2008
More
Page 58 - To beg the voice and utterance of my tongue, A curse shall light upon the limbs of men ; Domestic fury and fierce civil strife Shall cumber all the parts of Italy...
Appears in 676 books from 1745-2008
Page 71 - It must not be : if Cassio do remain, ' He hath a daily beauty in his life, That makes me ugly ; and, besides, the Moor May unfold me to him ; there stand I in much peril : No, he must die : — But so, I hear him coming.
Appears in 385 books from 1709-2007
Page 232 - With thee conversing I forget all time ; All seasons and their change, all please alike. Sweet is the breath of morn, her rising sweet, With charm of earliest birds...
Appears in 1077 books from 1705-2008
Page 204 - Thou preparedst room before it, and didst cause it to take deep root, and it filled the land. The hills were covered with the shadow of it, and the boughs thereof were like the goodly cedars. She sent out her boughs unto the sea, and her branches unto the river.
Appears in 699 books from 1788-2008
Page 231 - But whate'er you are That in this desert inaccessible, Under the shade of melancholy boughs, Lose and neglect the creeping hours of time ; If ever you have look'd on better days, If ever been where bells have knoll'd to church, If ever sat at any good man's feast, If ever from your eyelids wiped a tear And know what 'tis to pity and be pitied, Let gentleness my strong enforcement be : In the which hope I blush, and hide my sword.
Appears in 652 books from 1709-2008
Page 56 - tis to cast one's eyes so low ! The crows, and choughs, that wing the midway air, Show scarce so gross as beetles. Half way down Hangs one that gathers samphire ; dreadful trade ! Methinks he seems no bigger than his head. The fishermen, that walk upon the beach, Appear like mice ; and yon' tall, anchoring bark, Diminished to her cock ; her cock, a buoy Almost too small for sight.
Appears in 911 books from 1733-2008
Page 236 - The other shape, If shape it might be call'd, that shape had none Distinguishable in member, joint, or limb, Or substance might be call'd that shadow seem'd, For each seem'd either ; black it stood as night, Fierce as ten furies, terrible as hell, And shook a dreadful dart ; what seem'd his head The likeness of a kingly crown had on.
Appears in 985 books from 1714-2008
Page 222 - Your infants in your arms, and there have sat The live-long day with patient expectation To see great Pompey pass the streets of Rome...
Appears in 584 books from 1803-2008
Less 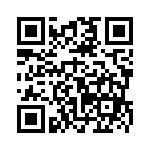