Page 17
In the third century A.D. appeared four works on animals : two poems in Greek –
Cynegetica , consisting of four books on hunting , and Halieutica , consisting of
five books on fishing - by Oppian ; " Collectanea Rerum Memorabilium , a ...
Page 35
... the date of publication of Barclay's Ship of Fools , and 1598 , when Willet's A
Century of Sacred Emblems appeared , the chief emblem books available in
English were Claude Paradin's Devises Héroďques ( 1557 ) 27 and Whitney's
Choice ...
Page 39
In England , before the middle of the sixteenth century , conventional ideas about
animals appeared in still another type of writing , the fabliau or “ jest , " that short ,
pointed tale in either verse or prose which in realistic , comic , and sometimes ... 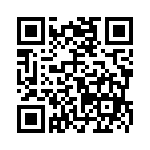