Page 3
It is extraordinary that Pope should have thought only some single scenes of this play were from the hand of Shakspeare . ... could have conceived that exquisite pastoral scene in which the loves of Florizel and Perdita are developed ?
Page 6
Two other Ladies , } attending the Queen . DORCAS , } Shepherdesses . Lords , Ladies , and Attendants ; Satyrs for a Dance Shepherds , Shepherdesses , Guards , fc . SCENE , sometimes in Sicilia , sometimes in Bohemia . WINTER'S TALE .
Page 32
SCENE II . The same . The outer Room of a Prison . Enter PAULINA and Attendants . Paul . The keeper of the prison , -call to him ; [ Exit an Attendant Let him have knowledge who I am . — Good lady ! No court in Europe is too good for ...
Page 34
SCENE III . The same . A Room in the Palace . Enter LEONTES , ANTIGONUS , Lords , and other Attendants . Leon . Nor night , nor day , no rest . It is but weakness To bear the matter thus ; mere weakness , if The cause were not in being ...
Page 41
l i e . commit it to some place as a stranger . To commend is to commit , according to the old dictionaries . 2 i . e . the favor of Heaven . 3 i . e . to exposure , or to be lost or dropped . VOL . III . 6 ACT III . SCENE 1. The same .
Next » 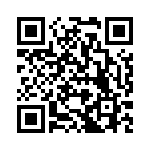