Professor D. George Boyce is a graduate of Queen's University Belfast. He was an archivist in the Department of Western Manuscripts, Bodleian Library Oxford between 1968 and 1971, and then lectured in the Department of Politics and International relations in Swansea University from 1971 until 2004. A fellow of the Royal Historical Society, he has written books and articles on modern British, Irish, imperial and military history and politics, including Nationalism in Ireland, Decolonisation and the British Empire and The Falklands War. 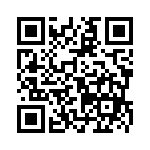