John D. Zelezny, an attorney and senior public relations executive, has extensive experience in both academia and the professional world of communications. His varied career began as a small-town newspaper reporter in the 1970s, later encompassed fifteen years as a professor of media law and journalism at three West Coast universities, and eventually led to his employment as a corporate executive and strategic communications adviser to CEOs and boards of directors. He is a member of The State Bar of California and currently serves as senior vice president and chief communications officer for Community Medical Centers in Fresno, California. He is a frequent lecturer on communications law and the author of complex First Amendment problems for law-school advocacy competitions. Mr. Zelezny holds degrees from Humboldt State University and the University of the Pacific, McGeorge School of Law. 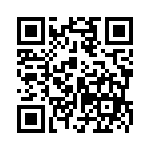