Page 87
Not only when he refers to natural phenomena does he give vivid descriptions
from natural , animal , and human life ; 20 especially when he turns to his own
imagination ( not only for analogies , but also in piling up adynata in mixed ...
Page 163
As for human nature , we meet , says Norwood , “ five ordinary characters under
the strain of extraordinary circumstances . ” , Agamemnon is an ordinary , very
ordinary , man , put into a position where he has to take decisions too big for him .
Page 426
Odysseus , who leaps to a primordial sexual combat replete with primitive
symbols , not only retains his human shape , but has his heroic identity reaffirmed
in terms which echo the poem's opening line ( 10.330 ) : η σύγ ' Οδυσσεύς εσσι ... 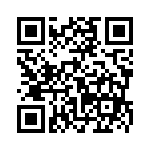