A Papal Legate becomes aware that the Pope of WWII, Pius XII, was complicit with, if not openly aiding, the Nazis. It was a bestseller, in its day. Read full review

I spent the last couple of days with the edited version of "The Deputy - a christian tragedy". The play is bursting with details, rich in character and burdened by tortuos stage directions. The ... Read full review

When The Deputy, an epic drama in the manner of Schiller, was simultaneously published and performed on stage by Erwin Piscator's company in Berlin in 1963, it created a furor, "almost certainly the largest storm ever raised by a play in the whole history of drama" (Eric Bentley). Reading "like a German doctoral dissertation in verse," (New Republic), it is a searing indictment of Pope Pius XII, "God's deputy" on earth, for not having intervened publicly when Hitler organized and carried out the massacre of six million Jews. A Jesuit priest, the only invented character, reasons with the Pope in the play and in despair "becomes" a Jew and goes off to his death at Auschwitz. "To me," said Hochhuth, "Pius is a symbol, not only for all leaders but for all men . . . who are passive when their brother is deported to death." The storm raged---with bannings, picketings, and riots in various parts of the world, and countless articles pro and con. Cardinal Spellman and Pope Paul VI were only two of the Catholic churchmen who came to the defense of Pope Pius, the latter on the ground that had the Pope spoken out he "would have been guilty of unleashing on the already tormented world still greater calamities involving innumerable innocent victims." Unfortunately, this work is no longer in print, nor is Hochhuth's almost equally controversial play The Soldiers (1967), in which Winston Churchill is accused of being personally responsible for the death of the Polish general Vladislav Sikorski. 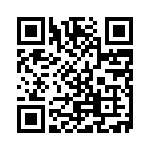