THIEVES OF MERCY: A Novel of the Civil War at Sea

Confederate naval action on the Mississippi in a sequel to Glory in the Name (2003).Nelson's hero, Confederate Lt. Samuel Bowater, lost his ship when the Union forces seized New Orleans, sealing off ... Read full review

Thieves of mercy: a novel of the Civil War at sea

This is the exciting and well-written sequel to Nelson's Civil War novel, Glory in the Name . Once again, Capt. Samuel Bowater needs a ship to command after a series of Confederate reverses, and he ... Read full review

Page 230 - I have heard That guilty creatures, sitting at a play, Have by the very cunning of the scene Been struck so to the soul that presently They have proclaim'd their malefactions; For murder, though it have no tongue, will speak With most miraculous organ.
Appears in 764 books from 1718-2008
Page 303 - It was now 7 o'clock in the evening, and this unexpected information rendered prompt measures necessary for the safety of the Virginia. The pilots had assured me that they could take the ship, with a draft of 18 feet, to within 40 miles.
Appears in 14 books from 1862-2005
More
Page 151 - Point yesterday, mainly with the view of ascertaining the practicability of landing a body of troops thereabouts. The Merrimack came out, but was even more cautious than ever. The Monitor was kept well in advance, and so that the Merrimack could have engaged her without difficulty had she been so disposed, but she declined to do it, and soon returned and anchored under Sewall's Point.
Appears in 12 books from 1862-2006
Page 9 - ... when we consider the extent of the valley of the Mississippi ; nor are those formed from the sterile basins of the great rivers of Siberia, the lofty plateaus of Central Asia, or the mighty sweep of the swampy Amazon more adequate. Latitude, elevation, and rainfall all combine to render every part of the Mississippi Valley capable of supporting a dense population. As a dwelling-place for civilized man it is by far the first upon our globe.
Appears in 36 books from 1899-2006
Page 3 - Shirly is regarded as highly important to the defenses of the Mississippi. One of them at Columbus would have enabled you to complete the annihilation of the enemy.
Appears in 10 books from 1882-2007
Page 118 - SIR : I have the honor to inform the department that yesterday morning a little after seven o'clock the rebel squadron, consisting of eight iron-clad steamers, four of them, I believe, fitted as rams, came around the point at the bend above Fort Pillow and steamed gallantly up the river, fully prepared for a regular engagement.
Appears in 8 books from 1862-2005
Page 206 - It. .lones and J. Pembroke Jones. The opinion was unanimous that the Virginia was then employed to the best advantage and that she should continue for the present to protect Norfolk, and thus afford time to remove the public property. On the next day, at...
Appears in 11 books from 1862-2005
Page 20 - Unable to govern themselves, and unwilling to be governed by others, their almost total want 01 system, vigilance, and discipline, rendered them useless and helpless, when the enemy finally dashed upon them suddenly in a dark night. I regret very much that the department did not think it advisable to grant my request to place some competent head in charge of these steamers.
Appears in 9 books from 1864-2005
Less

James L. Nelson has served as a seaman, rigger, boatswain, and officer on a number of sailing vessels. He is the author of By Force of Arms, The Maddest Idea, The Continental Risque, Lords of the Ocean, and All the Brave Fellows -- the five books of his Revolution at Sea Saga. -- as well as The Guardship: Book One of the Brethren of the Coast. He lives with his wife and children in Harpswell, Maine. 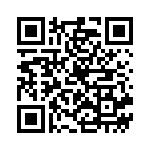