Page 122
Samuel Bailey. confounded two perfectly distinct ideas , namely , measuring the
value of commodities , and ascertaining in which commodity , and in what degree
, the causes of value have varied . For suppose we had such a commodity as he
...
Page 130
Now suppose , in the second case , that we are furnished with the prices of cloth
at both periods , and with the ratio subsisting between the quantities of the labour
necessary for the production of silver , which ratio , by the supposition , not ...
Page 48
If we suppose him to use the term value in the sense of cost of production , or in a
sense referable to the quantity of producing labour , the whole chapter is a series
of truisms , or a truism constantly repeated , that what the labour of a given ... 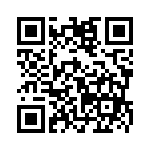