Page xxxvii
Next Printers , Stationers , Cutlers , Painters appear , Three men in shields their
arms before them bear , And printing - press to shew that art so rare . Next march
the Bricklayers , by whose hands arise Hibernia's towers , whose top salutes the
...
Page 35
In this chariot Thetis appears . Isis , Thames , and Thetis , each address long
rhyming speeches to their Majesties . Two songs are sung , one in the " droll of
Watermen , ” which is this one now printed , the other a short song and chorus of
ten ...
Page 43
450 ) a representation of the Shalm , from Luscinius ' “ Musurgia , ” 1536 ; he says
that its name is derived “ from calamus , a reed , which is a part of it . ” It appears
to have been a rude and warlike species of hautboy . It has been confounded ... 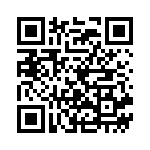