Page 144
To such a people , it might have been expected that Christianity would have been
a welcome guest ; and , indeed , missionaries have in almost all cases been
kindly received among them , and heard with respect and attention : so that , in ...
Page 149
... in the visions and revelations which they pretended to have received from God
. Among these teachers was a Shawanose Indian , an arch - impostor , who gave
, out that he was able to discover the most secret L 3 mysteries , art . mysteries .
Page 233
A levée , a review , a procession , and the installation of the King's bust , which in
some remote town had been received with cries of “ Vive le roi , mille fois répétés
, " were the subjects which led to a boundless eulogium on the royal family .

23 other sections not shown 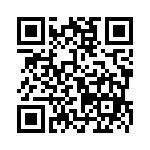