A devoted physician and professor of anatomy and physiology at Harvard College for 35 years, Holmes used his literary talents to enhance his life, not to define it. Literary fame came relatively early to Holmes, when in 1830 he published a few lines of verse in a Boston newspaper in which he objected to the dismantling of the frigate Constitution, which had served its nation victoriously in the Tripolitan War and the War of 1812. The poem, "Old Ironside," was a great success, both for Holmes as a poet and in saving the frigate. However, his medical studies left Holmes little leisure for literature for the next 25 years. That changed, however, with the publication of an animated series of essays in the newly founded Atlantic Monthly in 1857 and 1858, and afterwards published in book form as The Autocrat of the Breakfast-Table (1858). Not only did these essays help secure the magazine's success, but also brought Holmes widespread popularity. Holmes as an essayist has been compared with all of the great writers in that genre, from Michel de Montaigne to Charles Lamb, but his compositions are closer to conversational than to formal prose. Later volumes---The Professor at the Breakfast-Table (1860), The Poet at the Breakfast-Table (1872), and Over the Teacups (1891)---extend the autocrat's delightfully egotistical talks, mainly of Boston and New England, in which Holmes was, by turns, brilliantly witty and extremely serious. During these same years, he also wrote three so-called medicated novels: Elsie Venner (1861), The Guardian Angel (1867), and A Mortal Antipathy (1885). Though undistinguished as literary documents, they are important early studies of that "mysterious borderland which lies between physiology and psychology," and they demonstrate that Holmes was advanced in his conception of the causes and progress of neuroses and mental disease. Many of Holmes's best poems appeared first in his "Breakfast Table" series. "The Deacon's Masterpiece, or the Wonderful One-Hoss Shay," "The Chambered Nautilus," and "The Living Temple" all may be found in The Autocrat of the Breakfast-Table (1858). But the bulk of Holmes's poetry is occasional verse, written "on command" to celebrate "the affairs of men and nations." Indeed, so many events are commemorated in his verses that a social history of the times---at least in Boston---may be read in his complete poems. Much more lasting as literary artifacts, however, are his short, humorous verses, like "The Ballad of the Oysterman" (1830), "The Last Leaf" (1831), and "My Aunt" (1831). 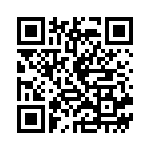