Page 30
□iMimami 'HE campaign (for sanctions) has always been led by governments
and groups remote from the (Southern Africa) region, to whom sanctions would
cost little or nothing. Their motives range from a desire to express moral outrage
at ...
Page 21
sanctions" are possible. The softening tone from the administration came as
senators prepared to discuss the legislation being put forward by Senator Lugar,
and it may be an attempt to contain more criticism. On South Africa, President ...
Page 38
Jaques Chir- ' ac, the prime minister, although not opposing the European
Economic j Community's sanctions, is not ' altogether enthusiastic. On September
] 11, the newly-appointed French Secretary of State for Economic Affairs, Bernard
... 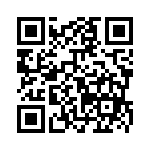