Page ix
REMARKABLE FROSTS OF THE RIVER THAMES . One of the earliest instances on record of a severe frost , by which the river Thames was frozen over , occurred in the year 1092 , the sixth of the reign of William Rufus .
Page xxii
Of this scene several artists made sketches ; whilst tents and printing - presses were erected , and a complete Frost Fair was again held upon the river , , over which multitudes walked , though some lost their lives by their rashness .
Page xxiv
commandments , engraven between the figures of Moses and Aaron ; and beneath , on a cartouche , “ Printed on the Ice , on the River of Thames , Jan'y 15 , 1739. " A small copper - plate , representing an ornamental border with a female ... 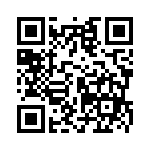