Page xi - Finally, this book would not have been possible without the love and support of my husband,
Appears in 37 books from 1993-2007

Martha Brill Olcott , selected by Washingtonian magazine for its list of "71 People the President Should Listen To" about the war on terrorism, is a senior associate at the Carnegie Endowment for International Peace specializing in Central Asian and Caspian affairs. She has followed interethnic relations in Russia and the former Soviet states for more than thirty years and has traveled extensively throughout Central Asia. Olcott codirects the Carnegie Moscow Center Project on Religion, Society, and Security in the former Soviet Union. 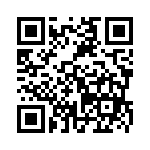