Page 34
The remainder consists of minor poems , epistles , prologues , and songs , by
which , if the author's reputation had not been previously established , we will
venture to say it would never have risen above the common standard . At the
same ...
Page 146
Thanks be to God , it is long because it hath been kept for my pleasure ; * never
son of woman hath taken me by it ; never son of Moor or of Christian hath plucked
it , as I did yours castle of Cabra , Count , when I took your castle of Cabra , and ...
Page 321
They might have told us that the most ancient fathers allude to these passages ,
and that the earliest opposers of Christianity never appear to have doubted their
genuineness . Justin Martyr addressed , about A. D. 150 , an apology now extant
... 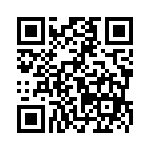