Kathryn Conrad is associate professor of English at the University of Kansas.  This is her first book. 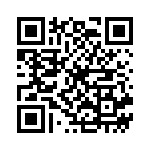