Page 85
And we reached the Kosteni Stones. And there the leader of the Yurouks, the Bey
Ismail, was holding in his arms a lamb that had just been slaughtered, and was
sprinkling with its blood the big white stone on which was carved naked men and
...
Page 86
herds, his sons, came and knelt before him, and said : 'Bouyur** Bey.' And he
ordered them to bring a ... Ismail Bey's wife was dead, so two Bulgarian women,
who had accepted the Turkish faith, served him. And Ismail Bey said : ' Are you
well ...
Page 201
And Ismail Bey, without dismounting, said to Syuleiman Aga : 'Aga, this man here,
bound like a murderer, Manol the Hundred Brothers by name, a son without a
father, gave me, Ismail Bey, his fifty-two silver chans, and for them I gave him land
... 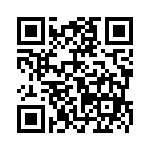