77 pages matching employees in this book

59 other sections not shown

Jay M. Shafritz, Jr., professor of public and international affairs at the University of Pittsburgh, is the author of over three dozen text and reference books on various aspects of government, management, and public administration, including Classics of Public Administration, Classics of Organization Theory, Introducing Public Administration, The HarperCollins Dictionary of American Government and Politics, The Dictionary of Twentieth Century World Politics, Words on War, and Shakespeare on Management . 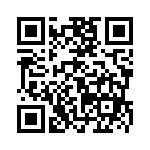