There were parts of this book I devoured and other parts I had to make myself plow through. When Bob was at the senior centers reading Shakespeare and the parts about his sister Carolyn, those were ... Read full review

[Hamlet’s Dresser] by [[Bob Smith]] I listened to this on audio, read very ably by the author. This is a memoir that covers Smith’s difficult childhood which was dominated by the care for his ... Read full review

20 other sections not shown

Bob Smith has devoted his life to teaching and directing Shakespeare, working with college students, famous actors, and the elderly. He recently moved back to Stratford, Connecticut, where he was born. 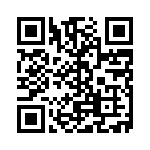