William Eugene Blackstone (1841-1935) was a successful businessman and layman in the Methodist Episcopal Church. Converted at age eleven, he became an ardent student of the Word of God. His deep interest in world events led to his involvement in the Zionist movement to establish a Jewish state. Blackstone founded the Chicago Hebrew Mission in 1887 and was instrumental in the first conference of Jews and Christians in 1890. Jesus is Coming, first published in 1878, was the result of Blackstone's dedicated study of prophecy. Widely circulated, Jesus Is Coming has been translated into 40 languages and over one million copies have been printed. 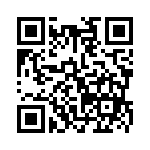