Georgette Heyer was born on August 16, 1902 at Wimbledon, London. She wrote The Black Moth as a story for her brother Boris. Her father, impressed with his daughter's imagination, suggested that she prepare it to be published, which it was by Constable in 1921. Having scored an instant success with The Black Moth at the age of nineteen under her own name, Georgette Heyer, she experimented with a pseudonym, Stella Martin, for her third book, published by Mills & Boon. She continued writing and in 1925 she married Ronald Rougier, a mining engineer. After reasonable but not spectacular sales from her first few books the instant success of These Old Shades in 1926 brought her a solid source of income which was very necessary at the time since the family relied to a large extent on the income from Georgette Heyer's writing. She wrote over fifty books during her lifetime and created the Regency England genre of romance novels. She died on July 4, 1974 at the age of 71. 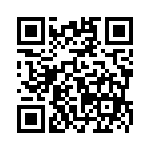