Page 218
... by anecdotes of eminent warriors, he will ' shew that the profession of arms is
not irreconcileable with the noblest aspirations of the soul, the finest qualities of
the mind, and the tenderest feelings of the human heart.' The chronicler of either
...
Page 330
Lord Bacon, however, is quoted to introduce a curious remark, and to shew that
French echoes may be oddly construed. He ' mentions, Cent. iii. 249., an instance
of sixteen repetitions of the voice in the ruined church of Pont Cha- renton, ...
Page 400
The second table shews the great weight or pressure that can be sustained by
beams of cast iron, one inch in breadth, and from one inch to fourteen in depth, to
several lengths from one foot to thirty feet, the beam being supported at its two ... 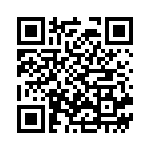